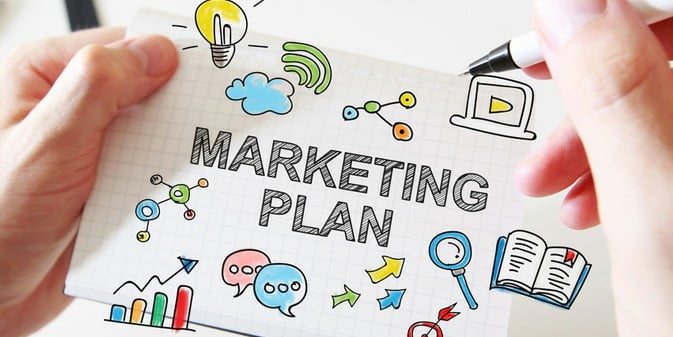 It’s widely accepted that one of the quickest ways to grow your following on social media is to run a competition. While great content and engaging conversation is all fine and dandy, nothing gets new followers flocking to your social profiles quite like a giveaway.

After all, who doesn’t love free stuff?

Running a competition on social media isn’t as simple as it looks, however. While most competitions will get entries and therefore likes (quite often dependent on the value of the prize on offer), getting real business value out of a competition requires a bit more forward planning than just giving away a prize and asking for a like and share in return.

Running a competition is exciting; not only do you have the pleasure of making someone extremely happy with free goodies but it’s also a guaranteed win in terms of building likes and engagement with your page. In time, these improved metrics should lead to improved conversions from social.

To get the most from a competition, however, you first need to have a definitive goal for your competition. It could be building likes in a short space of time, increasing engagement with a certain page on your website or pushing a particular product. Having a specific goal in mind will directly affect the form your competition takes, and will provide you with a way to measure the success of your ventures.

For example, I’ve recently worked with two brands with two very different objectives. The first brand was a bathroom accessories company looking to build likes as quickly as possible, with the added bonus of data capture for an upcoming email marketing campaign. To facilitate this, I designed a simple app with a fangate and a contact form; all users had to do to enter was enter their name and email address. Simple, but effective. In the end, we saw a growth of around 1,200 likes in the space of three months.

The second brand was a home design company who had just invested large amounts of money in a new web app that allows you to create and preview certain room designs. The onus of this competition was on promoting the app via Facebook. This provided some difficulty as we couldn’t actually import the app onto Facebook while maintaining the same visual quality and interface.

Instead, we utilised Facebook’s photo tagging option as a means of entry. Users design their room, share the photo to Facebook and then tag our brand in the photo. Not only does this provide a source of likes for the brand’s Facebook page, but it also allows us to collate entries without having to actually do any work – Facebook does it all for us.

As users share their designs, their friends will be alerted and will hopefully enter the competition themselves, providing traffic for both the web app and the Facebook page.

In short, your competition should always be tailored towards your main goal. However…

Keep your competition as simple as possible


People are lazy. It’s in our nature; for example, I was planning to write a big explanation of just how lazy people were but ended up scrapping it and settling for this explanation of why I didn’t write the previously planned explanation.

Ahem. So, people are lazy. Online, however, people are doubly lazy. Leaving a website involves a single click, rather than having to turn and leave a shop without buying anything and feeling ashamed and a bit sorry for the shop assistants. People don’t want to be tasked online; they just want to do what they want to do and get back to reading endless lists on BuzzFeed.

Therefore, simplicity should be a key consideration of your competition. If you can make a competition as simple as entering a name and email address and still get what you need from a competition, do that.

If you need to integrate a more complex process to achieve your goals, try and find the shortest route from the user finding out about the competition to entry; there really is nothing that’ll turn off a user than facing 100 steps just to win a hairdryer.

When I’m coming up with competition ideas, I find it best to assume the role of someone who isn’t particularly adept with Facebook:

Using the example of the home design company, I had to find a way to integrate a design tool with Facebook, tying them in so that the competition provided benefits for both. The company were eager to get users to design something on their tool and then enter via Facebook; not exactly easy. I came up with a short and relatively simple process that made the competition easy to enter and administer:

And that was it – a simple process to build traffic to the design tool and build Facebook likes and engagement.

Consider what value a competition could add to your business


The biggest obstacle to most Facebook competition is actually selling the idea to your client/superior. For all the spiel you can give them about increased likes and engagement, what they’re really going to want to see is value it added to the company as a whole – especially if you’re trying to convince them to give away a big prize.

Fortunately, there are a lot of ways to add value to your business using Facebook competitions. The first, and most obvious, is data collection; collate the data you receive from competition entrants, and you can use it for future email marketing campaigns. Just make sure that you fully disclose what you’re planning to use any data for and/or offer entrants the chance to opt out.

A Facebook competition is also a great way to build links via blogger outreach. While no blogger is simply going to write up a post on a competition out of hand, offering a little incentive to them or their readers (i.e: a product or discount) can get you a write up. If it’s a particularly interesting competition, like the one I’ve outlined above for our home design company, they might even be inspired enough to write about it without any incentive whatsoever.

Facebook competitions can also be used to conduct market research regarding future products, promotions or just the company itself. Simply extend your entry form to include a few more pre-requisite questions and collate the data; you’ve got yourself a market research report waiting and ready to go!


There are plenty of ways to run a Facebook competition, and all have their merits. In general, choosing a platform comes down to the functionality you want the app to have and your budget.

For unusual functionality, such as hosting a game or a web app, an app built from scratch is the best bet. Be aware that you’ll need Facebook’s developer tool to get started, and the budget involved in relation to the potential return might have your accounts manager feeling a little bit queasy.

A more financially-safe option, and one that arguably provides the same level of return of a bespoke app, is to use a third-party app provider. The likes of ShortStack and Thunderpenny provide a raft of great features that make most competition ideas possible, and the fees involved are significantly lower than building your own app. It’s also quicker to get up and running.

There is one setback to using a third party provider, however: ownership. Once you’ve stopped paying monthly fees, the app essentially disappears. That’s okay for one off apps, but if you’re planning to use the app (or hand it over to a client) it does present a problem.

The other option, and the cheapest by far, is to utilise Facebook’s own functionality to run your competition. With recent rule changes, likes can now be counted as competition entries. However, collating these entries can be a time-consuming process and the actual benefit beyond page likes from running a competition in this manner is slim. ‘Like and share’ competitions remain a no-no, although there’s nothing stopping you using this method to get word out about your competition!


Terms and conditions are essential for any Facebook competition, as they provide you with cover should a winner not claim their prize immediately or someone under the age of 18 chooses to enter your competition. Essential terms and conditions should include a policy on picking a new winner should a prize go unclaimed, an age restriction and, if necessary, country restrictions.

You should also include a disclaimer notifying users of how you’ll be using their personal information, that your decision on a winner is final and that your competition is not affiliated in any way with Facebook.


Coming up with a competition idea is only half the battle; promoting your competition is ultimately where you will either triumph or fail.

Fortunately, there are a wealth of ways you can promote a Facebook competition, the most obvious being Facebook advertising. Facebook ads are extremely useful if you have the budget, as they allow you to hyper-target particular groups of people. This not only means that you get competition entries, but that you can also build an audience that’s relevant to your brand post-competition.

The intricacies of setting up Facebook advertising are far too nuanced to cover in this post, so I’m instead going to refer you to this excellent YouMoz post by CueBlocks which covers the process in detail.

Another option you have in Facebook is to use posts to promote your competition, including paid promoted posts. The best option when promoting a competition is to try and create something with viral potential – it could be a meme or even just a graphic advertising the prize you’re giving away. With competitions, you’ll find that people are a lot more willing to share (perhaps in the misguided knowledge that sharing might give them more of a chance of winning!).

The best promotion, however, often comes from outside of Facebook; specifically, on other websites. Once you’ve set up a competition, try and get it promoted by bloggers and sites related to the prize you’re giving away. You might need to offer an incentive (perhaps a discount code or something similar) but the link they provide will be an invaluable source of traffic and should hopefully help build you a long-term audience.

Oh, and don’t be tempted to submit your competition to competition listing sites. This’ll lead to an influx of ‘compers’ only interested in entering your competition and unliking your page after it’s over. They present no value and should be avoided!

Have a plan for when the competition is over


One of the biggest mistakes people running a competition make is not having a plan to capitalise on the increased following they’ve garnered. Once a competition is over, the winner is announced and the dust has settled – nothing. This leads to people who liked the page because of the competition unliking the page and the brand falling back to square one.

Always have a post-competition plan. This could be another competition to give the losers of the previous competition a slither of hope a brand new campaign of blog content to keep new followers checking back on your page. Either way, you need to engage your new audience quickly, or risk them leaving your page en masse!